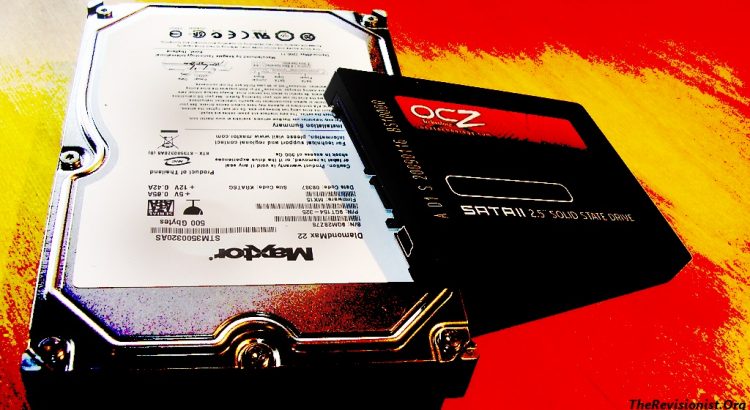 The Revisionist > Gadgets > Does an SSD or HDD Consume More Power for Your Computer?

An SSD definitely consume less power than an HDD due to start up efficiency. For example, if you are someone who replaces their mechanical Hard Disk Drive (HDD) with a Solid State Drive (SSD), you’ll notice that actual power consumption will double. What you need to do is make sure that you configure the power settings of the OS to shut the drive down after a single minute. This is perfectly doable from a user’s experience stand point because the next time drive access is required, the SSD can be back online in a matter of seconds instead of the 15–30 seconds that it takes for a mechanical drive to re-initialize.

What this means is that a mechanical HDD will cost you more power in the long run, because a user tends to keep the mechanical HDD running for a longer period of time before shutting down, due to the significantly long lag that exists for restarting a mechanical drive.

And simple mathematics show that an SSD is going to be more power-efficient. For example:

Let’s say you have a HDD that is 5V 500mA and runs for about 45 minutes for every hour of operation. To calculate power consumption (P), you use the formula P = I * V:

If the HDD only runs for about 45 minutes out of an hour, this is 75 percent of the time.

That means the HDD consumes 1.875 watts of power, for each hour.

To contrast, an SSD that is 5V 1000mA and runs for about 10 minutes for every hour of operation.

If the SSD only runs for about 10 minutes for every hour of operation, this is 1/6th of the time.

That means the SSD consumes .833 watts of power, for each hour.

That means, depending on the way you use your laptop or desktop machine, an SSD can save you more than 225% in power, having a significant effect on battery-life if you use a mobile machine.

Other sources, namely Anandtech, reveals that SSDs usually consume less power. Specifically, they show that the Intel X25-M G2, which used to be the “gold standard” among SSDs, uses less than half of the power of the Western Digital VelociRaptor HDD at load and about 1/8 of the power at idle.

I own this blog

6 thoughts to “Does an SSD or HDD Consume More Power for Your Computer?”