Transformer is another word for Setter, which is a type of method that changes the internal state of an object.

Observer is another word for Getter, which is a type of method allows you to “observe” the state of the object without changing it. In simpler terms, Getter methods retrieves the value that is tied to the object.

Let’s use an example to show what Getter and Setters do:

So the above example shows a Getter and a Setter. But they aren’t being used. To use them, you have call them up in a Test class, or Main class- whatever class that you are using to run your Java Program. Like this: 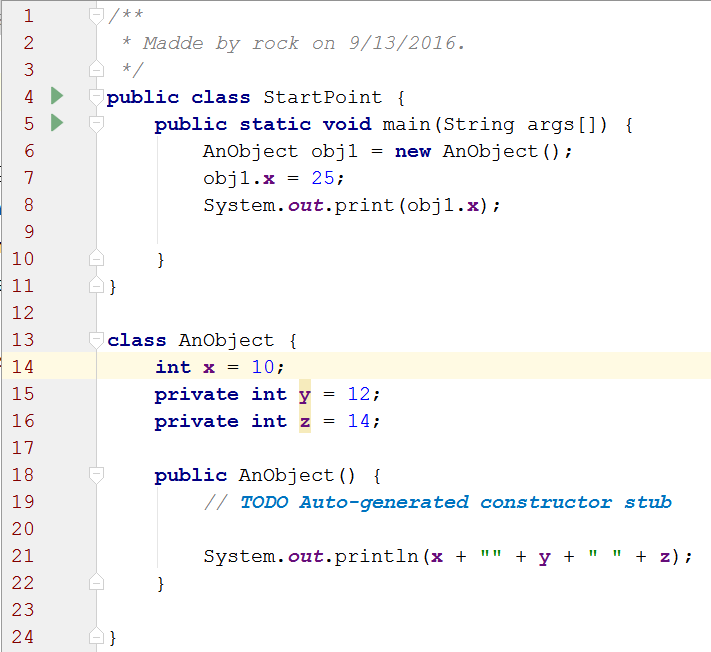 Notice that the x variable field under AnObject class is accessible by the StartPoint class without a setter or getter. 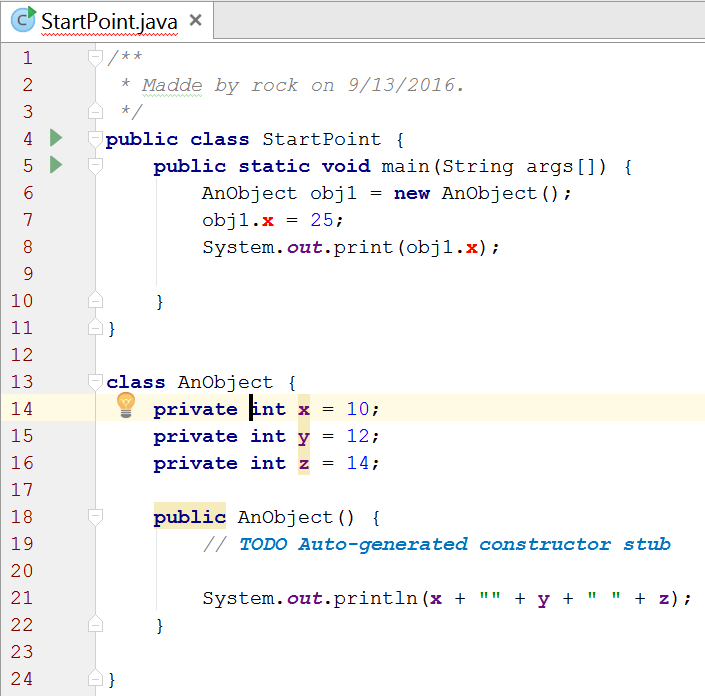 But once the x variable field is changed to private, it is no longer directly accessible through obj1 object. 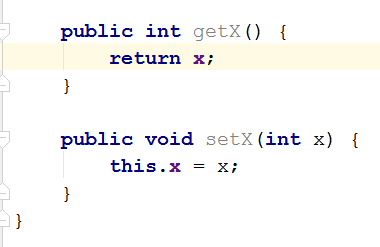 And you can see that the Java program outputs the new value that is set for the object, 25.